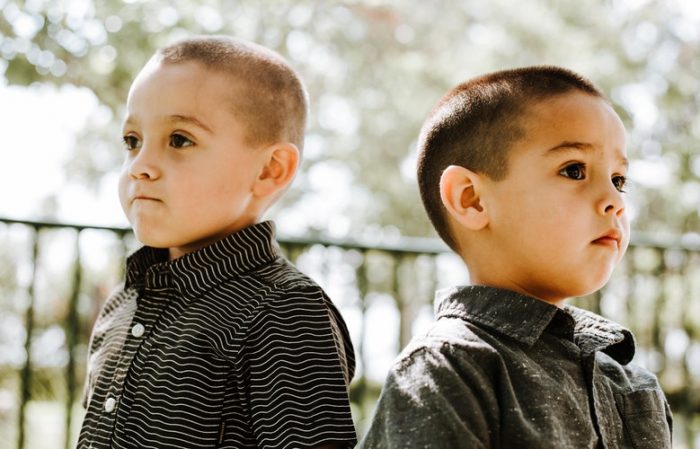 For parents raising boys it is important to understand how we enculturate our sons into the box of traditional masculinity.

It happens in small unconscious ways. The blue blanket and the unwillingness to engage our son’s emotional well-being start the slow shift into the boy code. Being aware of how this happens can help parents to stand against this cultural formation and help young boys have a richer, deeper emotional life.

“It’s really hard being a guy. Because you’re not supposed to talk about how you feel. There’s nobody you can depend on. With girls everybody expects they’ll go off and talk to somebody. When you’re a guy you’re really not allowed to do that. I guess it’s pretty hard being a guy because there are so many things a normal person would probably do but you’re just not expected to.”

What is the boy code?

Boys growing up in our culture are taught both explicitly and implicitly how to fulfill certain ideas about being a male. This unconscious training happens from a very early age. Baby girls are treated differently than baby boys due to the myths that parents have about how girls and boys need to be treated.

In a 2017 article entitled, Talking To Boys The Way We Talk To Girls, James Yang speaks to how this happens:

This is one example of how boys are slowly trained not to be as emotionally engaged as their girl peers. There is a mythology that boys are less able to engage their feelings the way girls are. The truth is that recent studies show that baby boys are actually more emotional than girl babies.

The men the boy code creates.

For men who were raised in a strictly boy code home there is a significant loss of their emotional life. The men that I counsel usually arrive with little access to their feeling experience. For much of them, they make assessments in the environment and guess at how they feel about something.

When I ask them how they know they feel something they are often taken aback. There is a look of confusion and then they say because they thought that is what they feel. When I ask them what it would be like to connect a bodily sensation with an emotional word they are unable to do this.

This leads to an emotional numbing that makes it difficult for these men to feel connection and empathy in their primary relationships.

This lack of feeling also tends to get routed towards anger and aggression which is one of the few emotional expressions boys are allowed to have.

It is also hard for men to feel real intimacy with their partners. Sexual intimacy becomes a way of getting to the physical release of ejaculation rather than the enjoyment of playfulness and closeness with someone they claim to love. Men who live by the rules of traditional masculinity are cut off from the very people they need to connect with the most.

In our new economy of information and creativity it becomes increasingly difficult for men without healthier relationship skills to gain long-term employment.

How moms can help.

For moms raising boys, the myth that a mom being too close to her sons can lead to the boy becoming effeminate and thus less masculine is part of the body code. There is no evidence that this is true. In many cases moms are pressured by other family members to not be so “nurturing.” The truth is that mothers play an important role in teaching boys about healthy relationships.

In his 1998 book Real Boys, William Pollack speaks to the importance of mothers staying connected to their sons:

There is ample evidence that a more attached child, boy or girl, will feel healthier emotionally and have more successful relationships. Mothers must realize that their natural instinct to nurture and care for their sons is not something that should be overridden.

How fathers can help.

The role of fathers is also important in helping boys to access their full humanity. Fathers can help with raising boys to have healthy expression of feelings in a number of ways.

Model your own emotionality. Show your sons that expressing emotions is safe and healthy. Be willing to show your vulnerability by letting your son know that you feel scared, lonely or sad.

Advice for raising boys? Give your son your undivided attention every day. This means setting down your phone and really focusing on your son and what is happening for him in that moment.

Allow for big emotions. When a boy gets upset fathers can help by letting their sons know that it is okay to express their feelings.

Use a lot of different emotion words. Expressing a variety of words helps young boys to develop the nuances that go with being emotionally literate.

Fathers must see that their role is not just to teach their son skills and how to play sports but to also grow as emotional beings. Boys after the age of five will look to their fathers as important models of masculinity. Dads can really support their sons by showing them their strength and their tenderness in relationships.

Bringing This Into My Life

For me, raising boys (twins at that!) is a constant reflection on my own emotional blocks. It requires that I look inward and see my own limitations as a man. And that I reflect on how I can continue to ensure that I don’t unconsciously move my sons away from their emotions.

The other morning, after a long night of soothing one of my sons, his upset felt like too much. I told him in a stern way to just relax. These words may not sound over the top. But, they are a way that I’m giving my little guy the message that his emotions are not welcome.

I know that I don’t have to be perfect at this. But, raising boys, I do need to continually reflect on the subtle ways that I may push them into the boy code. My hope is to help my sons grow up to have the full emotional spectrum and access to their masculine and feminine sides. I don’t want them to act like girls or boys but how they want to act in each moment based on what is appropriate for the situation.

What we really want is for our boys to become strong authentic individuals to become capable both of acting heroically and of maintaining strong relationships with spouses, children, parents, co-workers, neighbors and friends (Pollack, 1998).

Bryce Mathern is a licensed counselor and parent coach in Denver, CO. He works with fathers seeking greater connections with their children and partners by utilizing mindfulness and attunement. Many dads find that they want to be better at bonding with their kids, yet also want to hold an authentic relationship with them that encourages some healthy discipline, while also remaining open to their emotional growth. WholeHearted Dads is a counseling and coaching center for parents that helps facilitate those bonds.

If you are looking to learn how to help your son become more emotionally capable please schedule a free 30 minute phone consult.